Alex and Aly knew each other a little from high school but didn’t spend any time together until a couple of years ago. Alex saw her smile in a photo on facebook and thought it might be a good idea to go on a date! She took a little convincing but gave him a chance, and they’ve been exploring life and adventuring together ever since. Together with their dog Koda bear, they go to the beach, the park and are always looking to try new things. When it came to planning their vacation, Banff  seemed like the perfect choice. Outdoors, adventure and great scenery.

They left hurricane-ravaged Texas and headed to Banff for an adventurous mountain vacation, and Aly had no idea that Alex had been secretly emailing me for months to plan a big surprise for her. I was actually adamant about not doing it at Moraine Lake or Lake Louise, because it’s so crowded it’s really hard to pull off a secretive mission like this, but somehow we ended up with a plan for a sunrise proposal at Moraine Lake. I am not a morning person, Aly is not a morning person, and they flew in very late the night before from Texas, yet here we all were taking in the views at 6:30am with a lot of other people around.

Of course we had a detailed plan, I would be on the rocks with my tripod and Alex would come find me and go in front, but that’s not how it worked out. There were so many people and with the rocks and the trees he didn’t know where I was, and then I looked to the other end of the rockpile and saw a wave of blonde hair that I was sure had to be Aly. So I headed over there and immediately Alex made a face to tell me he hadn’t asked her yet!

I couldn’t have been more relieved, as it was almost 7am by this point, and the deal was I was going to leave and check my phone if they didn’t show. I set up the tripod and when Aly noticed all my gear I pretended to be a student, and we waited for sunrise. Then, Aly decided ‘over there’ would be better. She seemed so set on moving locations but I knew we were in the best possible spot and said so, and thankfully she stayed put. I said I didn’t think there was going to be a colourful sunrise, it was pretty much done, I was dropping big hints to Alex to just do it already! She still had no idea that I was there to photograph them. There were people everywhere and then suddenly a man with a tripod walked into my scene and I yelled at him to get out of my shot (sorry dude but I just had to!). He quickly retreated and Alex immediately dropped down on one knee. I’m not sure who was more relieved, me or Alex (probably Alex!) but it sure was nice to have that done. And even though it wasn’t a colourful sunrise, we had wonderful soft morning light for the rest of our session. We stopped at the gift store, we grabbed much needed coffees, dodged people and took photos. I am so happy it all worked out and this gorgeous couple has such a great story to tell! 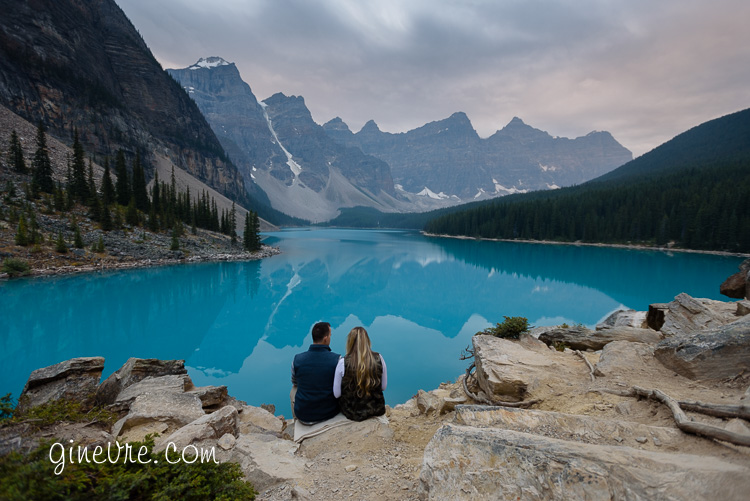 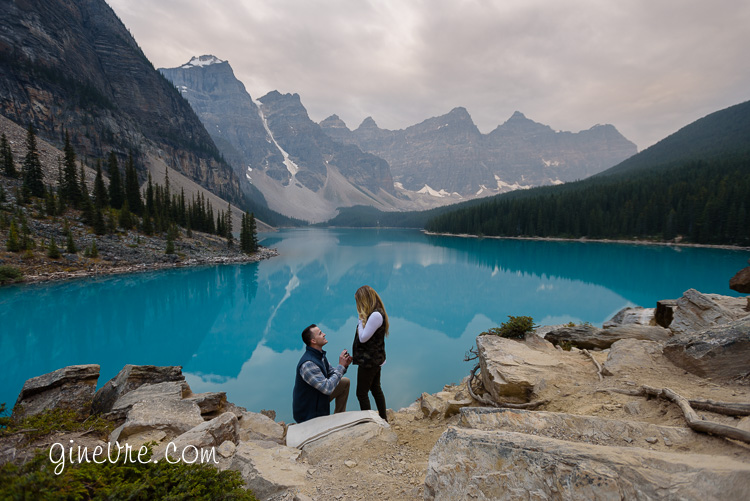 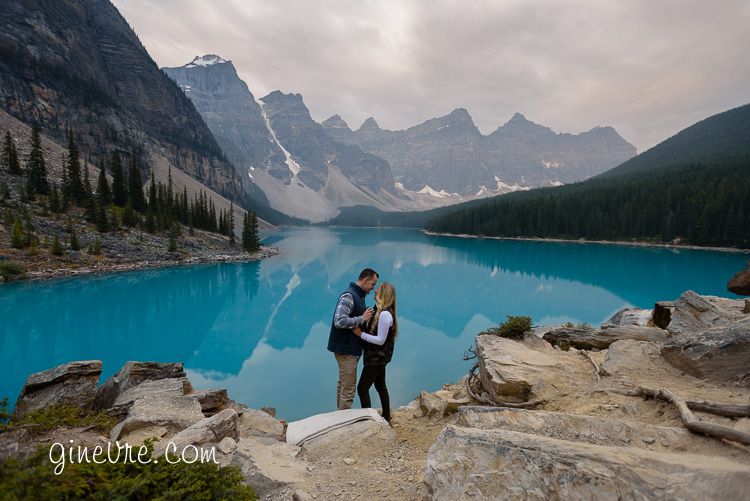 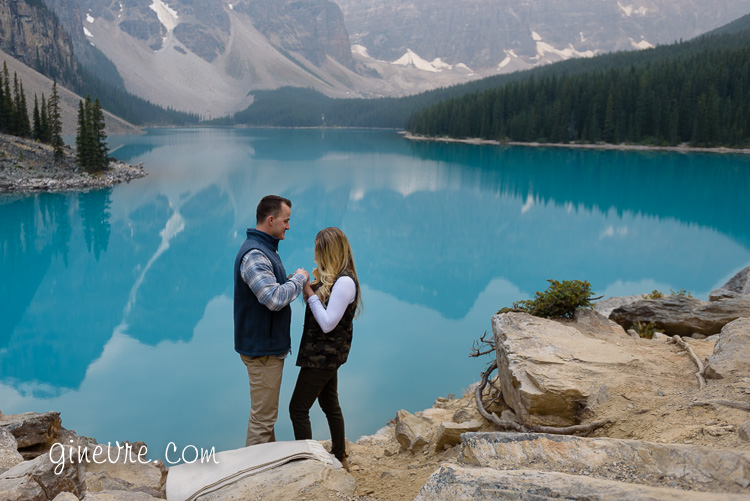 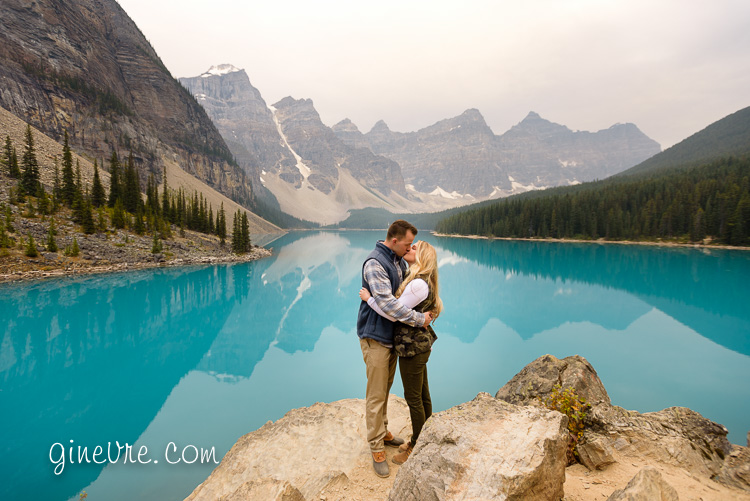 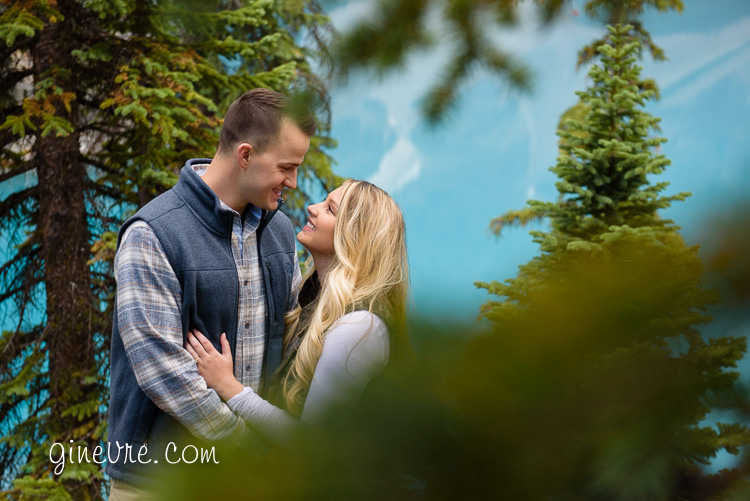 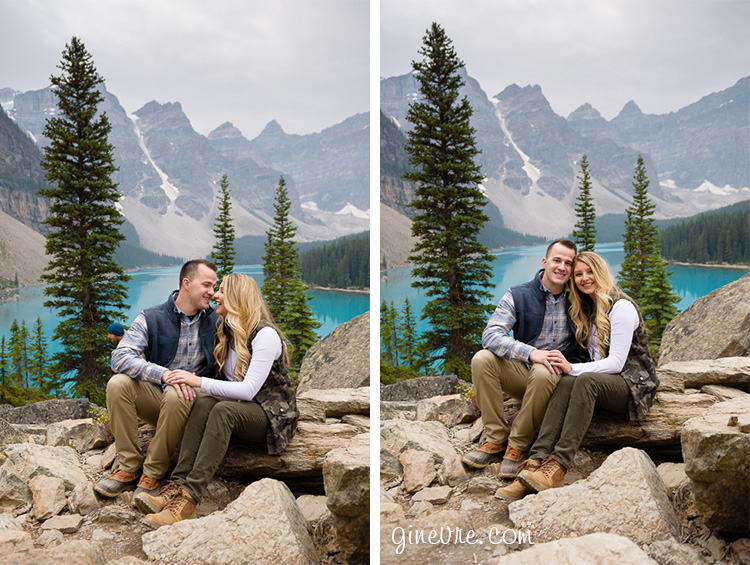 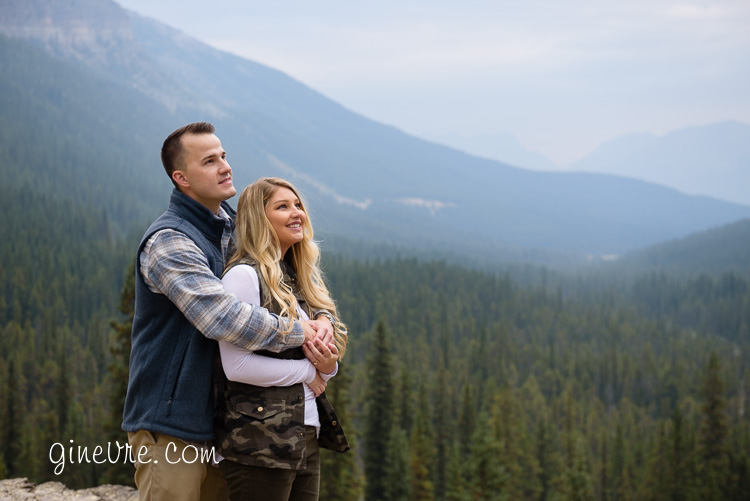 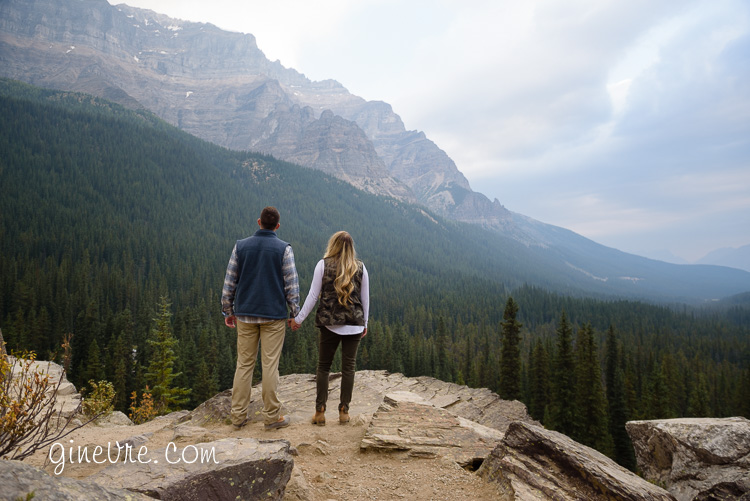 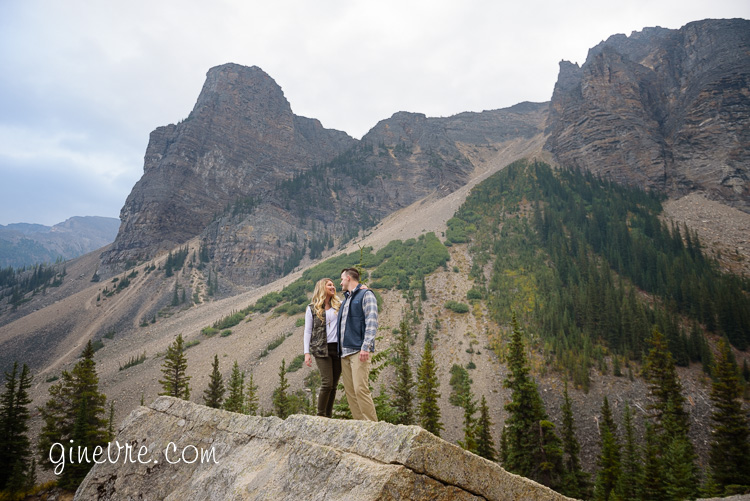 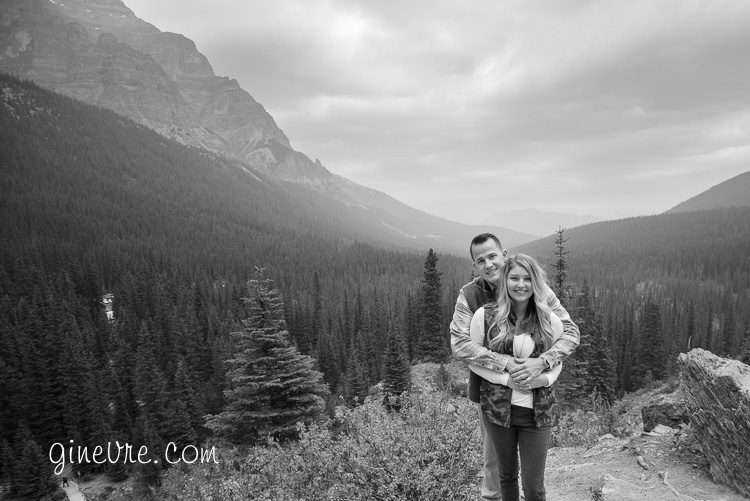 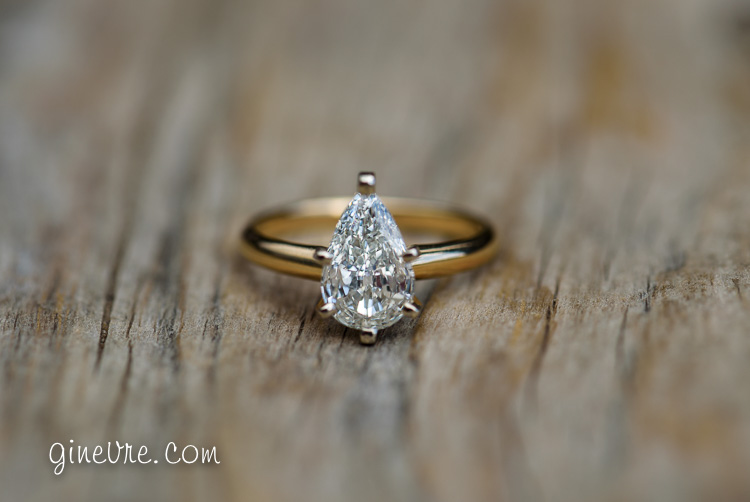 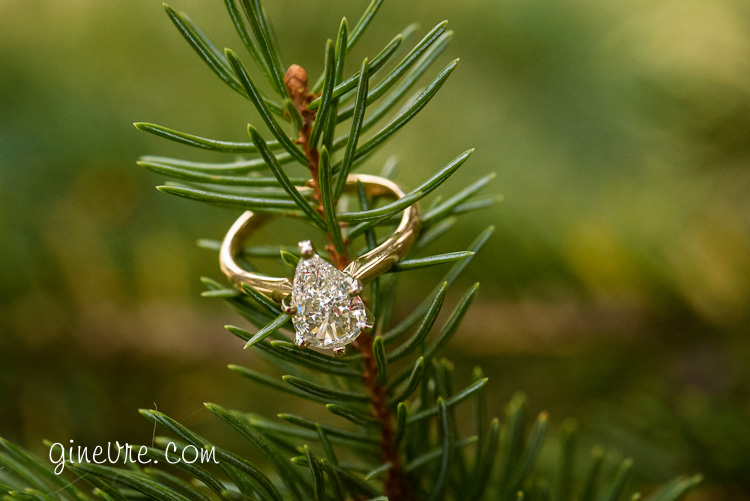 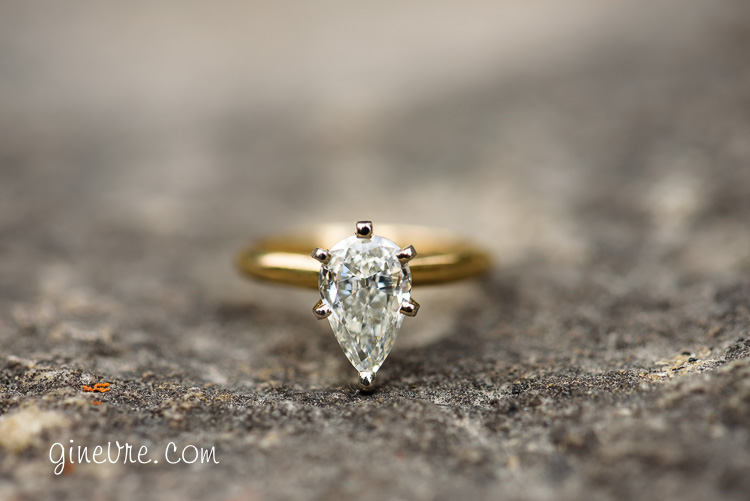 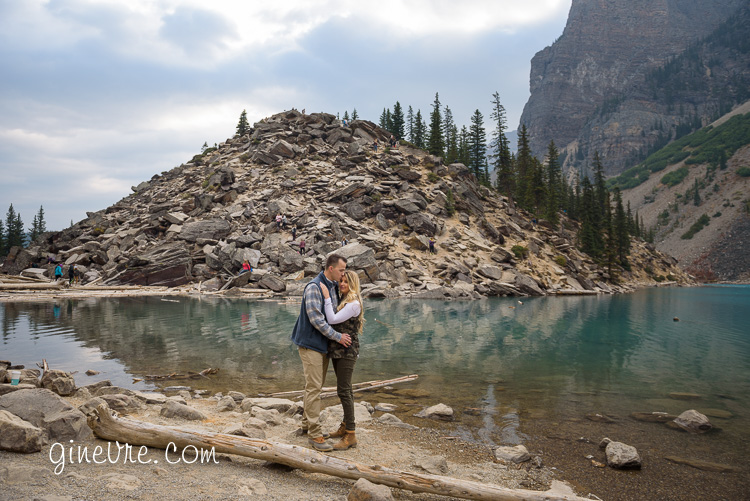 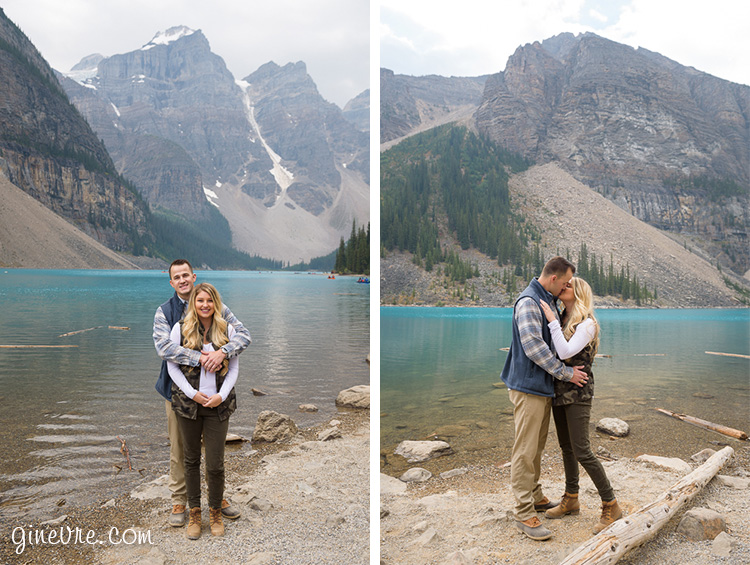 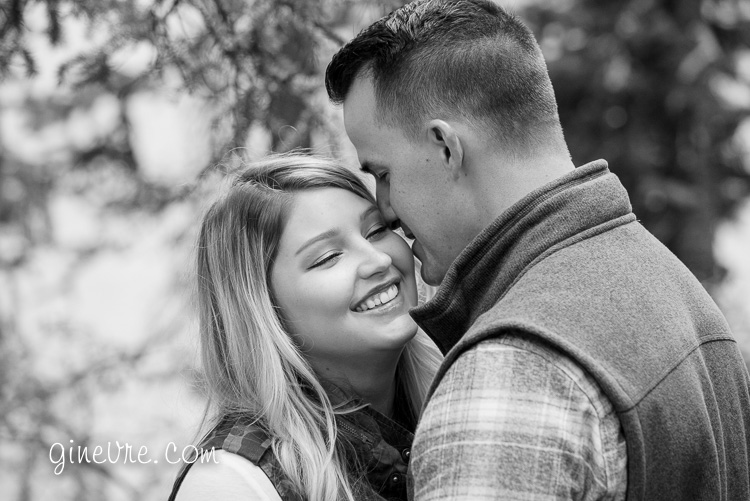 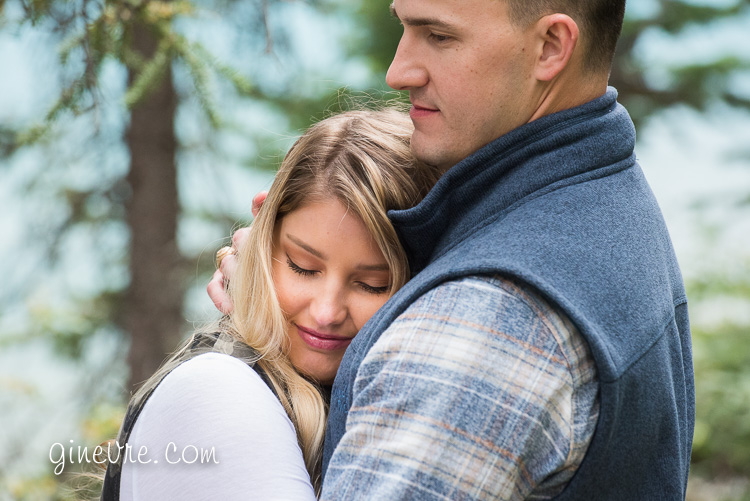 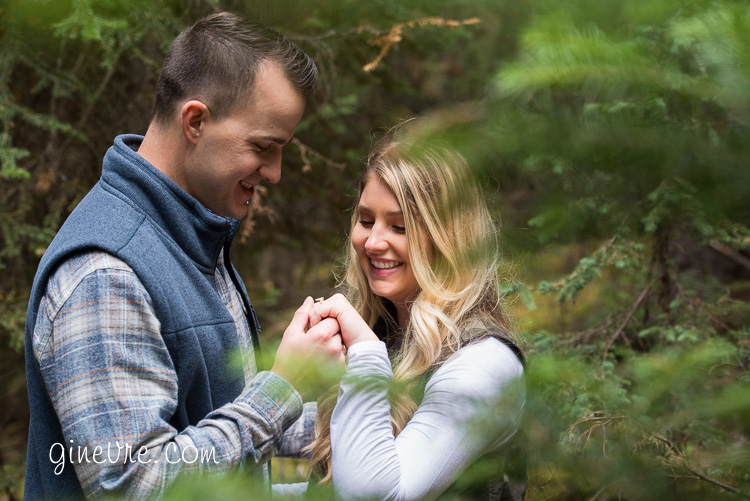 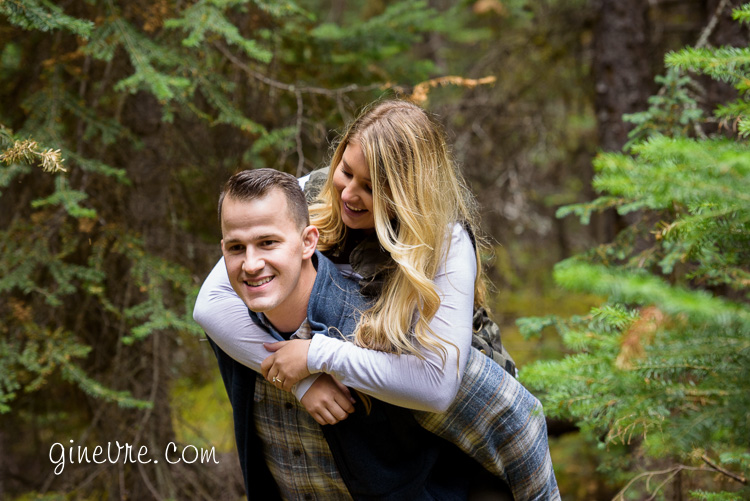 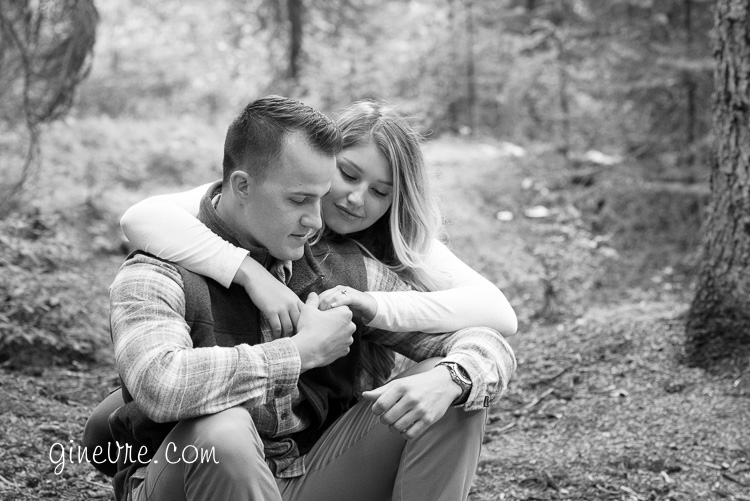 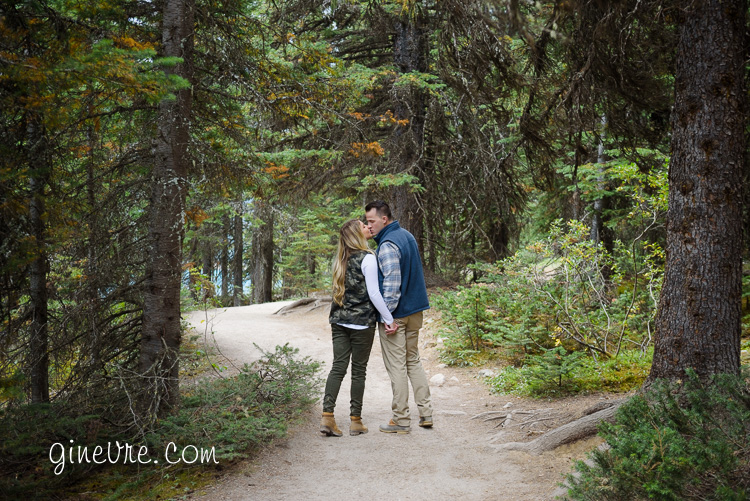 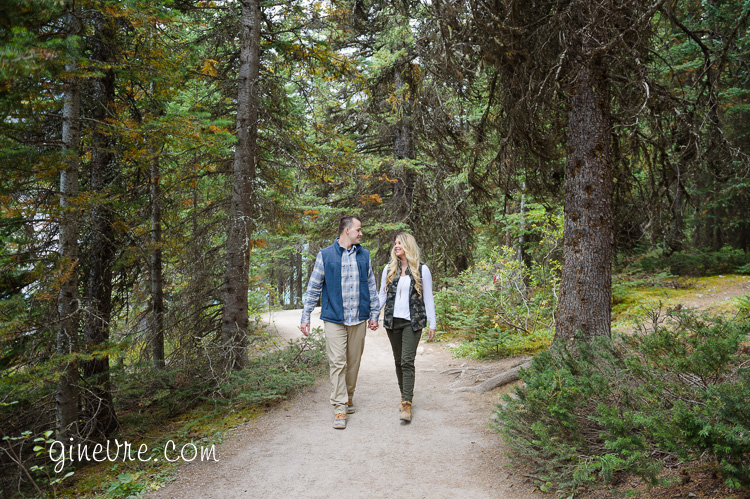 THIS IS SO BEAUTIFUL. Was this really taken in September? The turquoise water looks magnificent. We are planning on visiting Banff around this time (September) and would love to have photos taken exactly like this.